I. INTRODUCTION reducing agent is one of the essential components of modern concrete, concrete and mortar mainly used to disperse the cement particles, reduce water consumption, improve concrete strength and durability. Whether it is a simple structure of lignin sulfonate, melamine-formaldehyde condensates and naphthalene sulfonate formaldehyde condensates, etc., but also

Superplasticizer is one of the essential components of modern concrete, concrete and mortar mainly used to disperse the cement particles, reduce water consumption, improve concrete strength and durability. Whether it is a simple structure of lignin sulfonate, melamine-formaldehyde condensates and naphthalene sulfonate formaldehyde condensates, or structural diversification of polycarboxylates, the mechanism of the relationship between structure and properties of water-reducing agent has been a hot research .

Join in concrete superplasticizer will significantly improve the strength of concrete. In the early hydration, due to the high dispersion of cement and water reducer increases the water contact area and improve the hydration level, increase hydration product unit volume, so early hydration accelerate early from a macro point of view intensity increased. On the other hand water reducing agent and a slight delay in the rate of hydration hydration process, this role in the early dispersion due to the impact is not yet clear, but in late, but played a good role, it suppresses gel The shift of the crystal, which is conducive to crystal growth, so long whiskers increased, the crystalline calcium silicate hydrate such long fibers, which surface energy, the contact points, intertwined with each other and form a dense network structure , cement inside the pores are filled with split becomes small, which greatly improve the strength of cement stone. Compared with naphthalene superplasticizer, polycarboxylate water reducer can effectively inhibit the early tricalcium aluminate cement, tricalcium silicate hydration, but it can give full play to the late hydration of cement, conducive to the development of late strength of concrete .

Incorporation of superplasticizer cement particles surface wetting strengthen, et increase hydration products containing water of crystallization, solid-liquid phase ratio of the entire system is increased, the free water content is relatively smaller, condensed trend accelerated. As hydration proceeds, superplasticizer adsorbed on the surface of cement particles generated hydration products colloid layer covering the surface of the slurry although part superplasticizer molecules will be adsorbed on cement hydration products, but the slurry The remaining amount of reducing agent significantly reduced dispersion of cement particles weaken, cement particles began to appear flocculation, the slurry viscosity, concrete slump when the loss occurred. In addition, air entraining water reducing agent will introduce a certain amount of bubbles, the concrete transport and standing process will overflow from the gas, the role played ball microbubbles reduce concrete slump when the loss occurred. Amino superplasticizer and Polycarboxylate superplasticizer branched Gao performance more, there is a low potential and high spatial repulsion, thus dispersing the adsorption properties of the cement well, and can maintain a stable dispersion system sex. Yamada et al studied the similar molecular weight, branched polymers of different chain length on adsorption isotherms noted that after the cement, may cause long-chain branched entangled between the surface of the particles dispersed branched chain, instead of an aggregated particles, the particle dispersion stabilizer of the poor.

Dispersion superplasticizer concrete mixing water and water-cement ratio drastically reduced. To reduce mixing water so hardened concrete to reduce the porosity, pore size distribution moves to the direction of the hole, increasing the density of concrete. Experimental data show that adding an aliphatic superplasticizer concrete aperture by a decrease to below. On the other hand to reduce mixing water reduces the grout after excess water evaporates and leaves the pores Road bleeding, thus reducing the transmission speed in the concrete, and help improve concrete resistance to chloride ion penetration.

Concrete water reducer mechanism is a rather complex issue, involving the functional group, structure, surface and other aspects of physical and chemical properties. Micro, surfactants superplasticizer changed the nature of the cement water dispersion of solid-liquid interface, so the force between the cement particles changes, thus affecting the solid particles in a liquid dispersion properties, hydration kinetics and hydration form product. At the macro performance of the effect of water reduction effect of concrete, setting time, slump and slump loss, strength, durability and other properties. Therefore, deepen microscopic mechanism in order to study the structure of deeper relationships and properties, synthesis and application guidance superplasticizer. 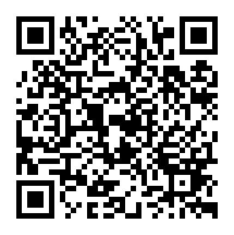